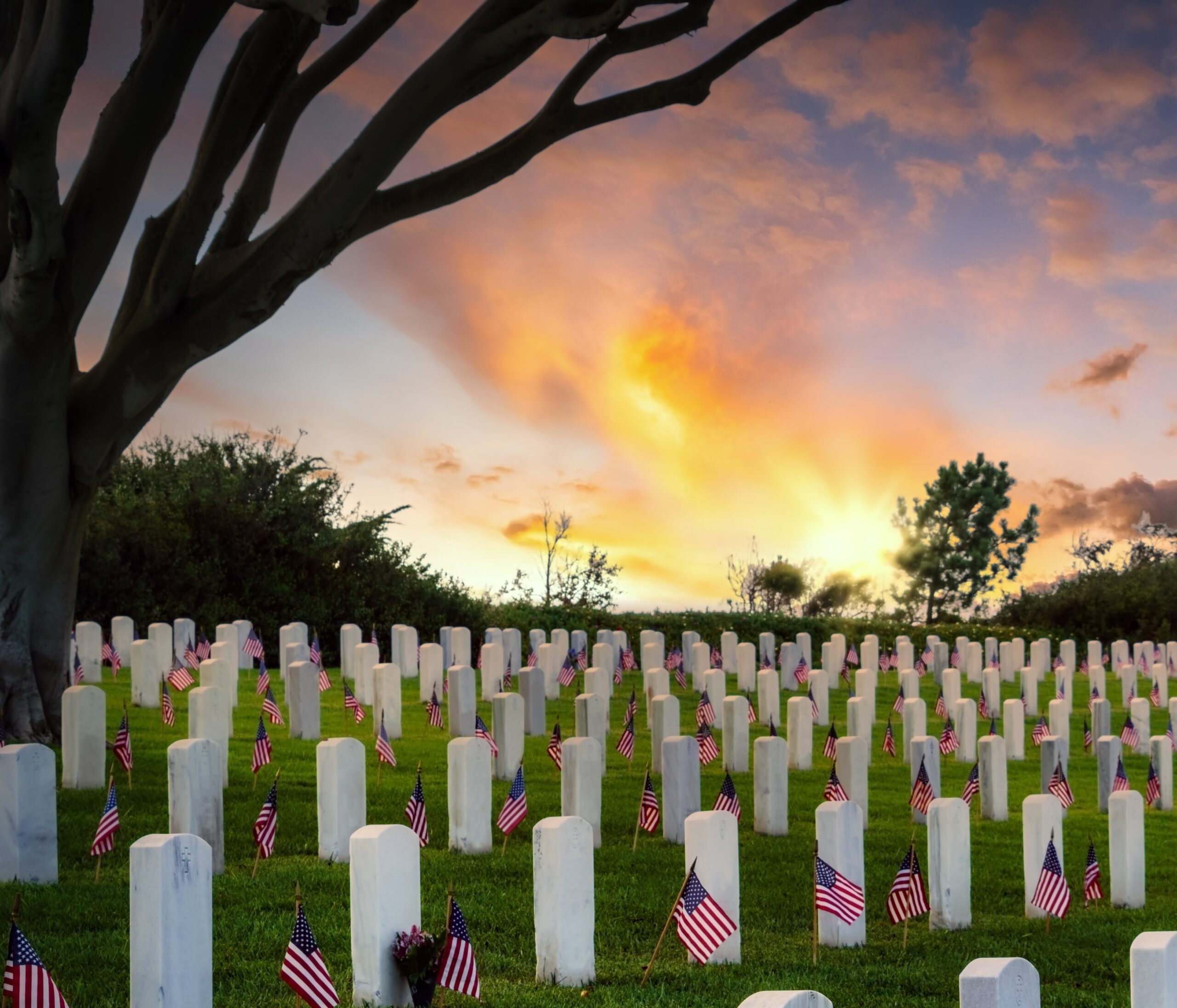 Memorial Day is meant to be MORE.

More than barbecues and backyard gatherings.

More than baseball and burgers.

More than discounts or a day off.

Memorial Day is MORE… much MORE.

When we really contemplate its meaning, we see lives lost, days gone, experiences missed.  We see honor, valor and sacrifice.

And, if we truly let it soak in, we allow it to move us not only to memorialize but to do more in our own lives.

Memorial Day is about the men and women who gave more.   They gave all they could give.

Those vacant places hold the stories of fallen American military members whose service and sacrifice call us to remember on Memorial Day.

One such life is that of Army Chaplain (Captain) Emil Kapaun known by some fellow servicemembers as the “Soldier-Saint.”

In a Memorial Day speech on April 27, 2013, here’s what Major General William Grimsley, Chief of Staff, U.S. Strategic Command shared about Captain Kapaun who served as a chaplain early in the Korean War:

The history of our Nation and those who serve can be summed up in a short and simple, yet fitting phrase… they are ordinary people who by virtue of their service and sacrifice are extraordinary.

Men like Army Chaplain, Captain Emil (A-Mill) Kapaun (Cup-pawn) who grew up on a farm in Pilsen, Kansas. His first calling was to God. God, he said, called him into the military service, so he joined the Army…

On All Saints Day his unit came under heavy attack by Chinese forces. Kapaun had the chance to fall back to safety with a portion of his unit, but he chose to stay in the thick of the battle to minister to the dying and aid the wounded. He would brave a barrage of bullets, bounding from foxhole to foxhole to check on “his boys.” Over and over he risked his life to retrieve the wounded or the bodies of the fallen. When the wounded were beyond saving, he gave them spiritual comfort.

Despite finally being captured and in the midst of being marched away by a Chinese soldier at gunpoint, Kapaun saw an enemy soldier with his weapon drawn and moments away from executing an American soldier. Kapaun defiantly left his captor, pushed the enemy soldier to the ground and picked the soldier up from the ditch. The enemy troops were too stunned to react.

Kapaun died May 23, 1951 in the prisoner of war camp in North Korea where he and the man he saved were interned after that incident.  He was 35.

“What’s amazing about this story is Kapaun did not shoulder a rifle or wield a bayonet. He carried a Bible and holy water. These were the weapons he used in battle and they were more effective than the bullets of a determined enemy. His death was a tragedy, but his life is what we must learn from.”

What do we see in the sacrifice of servicemembers that moves us to do more, give more, love more?

As we pause to remember the ultimate sacrifice that brave military men and women gave to ensure our safety and way of life, it is also a good time to reflect on how we choose to live our lives and use our freedoms.

My husband, Charlie Dunlap, who retired from the U.S. Air Force, shares an insightful and informative post about this important day of remembrance.

I remain forever grateful that he came home from conflicts.

Countless others did not.

As we enjoy beach trips, pool parties or other family fun with our spouses, parents, extended family, friends, children or grandchildren this weekend, let’s remember those military family members who grew up, or are navigating today, without a loved one by their side.

In a previous Speaking Joyfully post, I suggest 13 ways to put remembrance and gratitude back in Memorial Day.  These five are worth putting at the top of the list:

Be respectful:  Fly the flag.  Give each adult, child or grandchild at your gathering a small flag.

Be prayerful:  Pray for peace and freedom in our world, our nation and our hearts and souls.

Be engaged:  Post a patriotic quote or photo on social media or write “We will remember.” Not a social media person?  Wear a poppy, flag pin or patriotic apparel.  Let it be known that the sacrifice of servicemembers and their families is seen and valued.

Be attentive: Watch the National Memorial Day Concert on Sunday, May 30, 8 p.m. ET and/or take a few minutes to watch a video tribute like this by President Ronald Reagan.

Be grateful:  Thank God for servicemembers who paid the ultimate sacrifice to protect our country and our freedoms. Ask God to comfort and strengthen those who have lost loved ones in service.

And, here’s one more…

Live life like someone gave their life for yours.

As incredible and moving as the sacrificial service of our military members is, I can’t complete this post without telling you of the sacrifice of Jesus who gave His life so we could be reconciled to God and receive His mercy and grace. Because of His sacrifice and His resurrection, we can have freedom in our hearts and peace in our souls. That’s a freedom that lasts forever.

I’ve got a feeling Chaplain (Captain) Kapaun would want you to know that too.

Greater love has no one than this: to lay down one’s life for one’s friends. John 15:13 NIV

You, my brothers and sisters, were called to be free. But do not use your freedom to indulge the flesh; rather, serve one another humbly in love.  Galatians 5:13 NIV