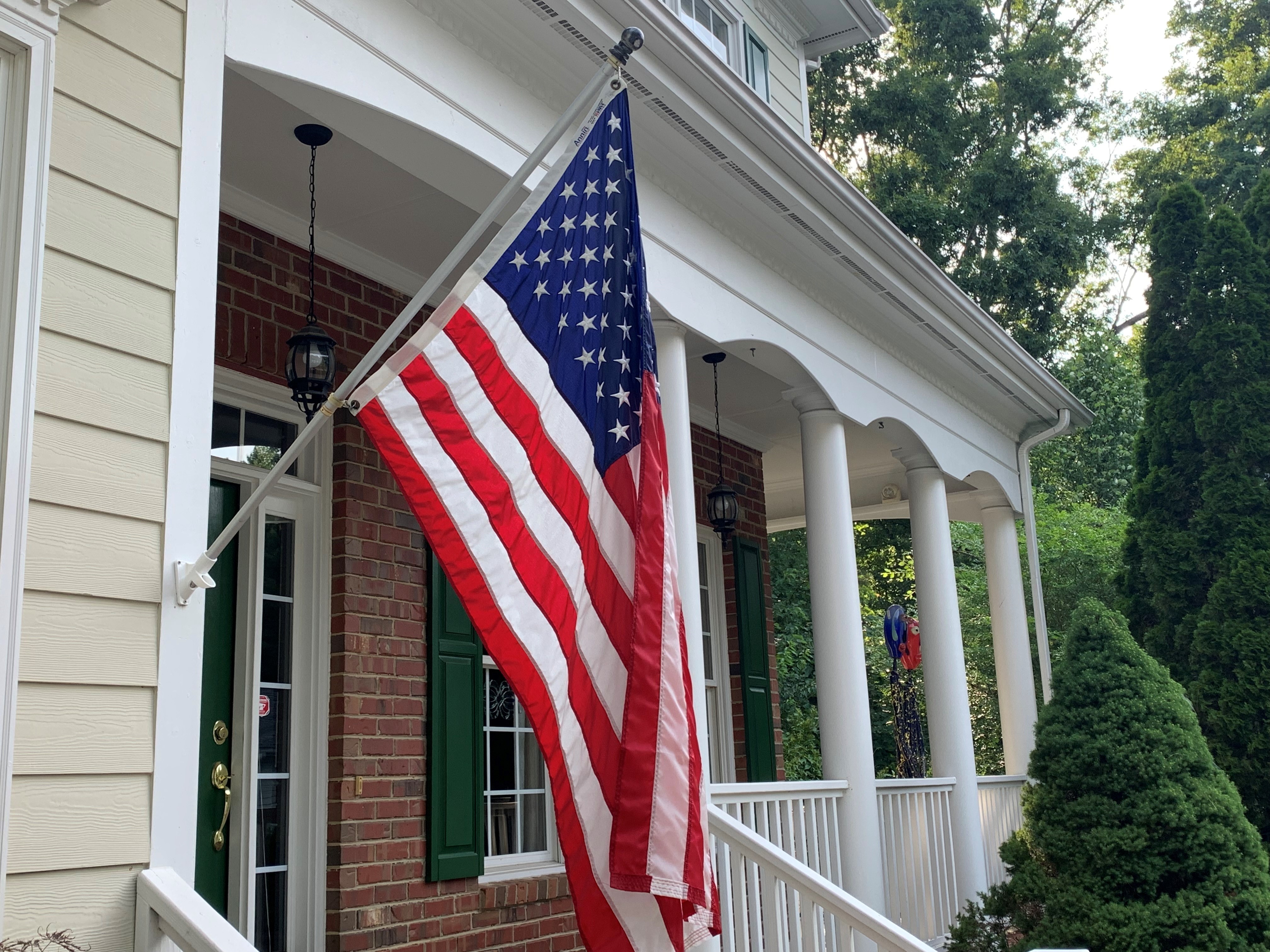 Flag Day falls on June 14 between Memorial Day and Independence Day.  Being sandwiched in between two prominent holidays, the celebration of the flag’s birthday doesn’t get much attention, but some towns hold parades, and people are encouraged to fly the US flag.

Throughout the year, people often tend to notice the flag more when it’s flown at half-mast in memory of someone, given to loved ones at a funeral in honor of a veteran, raised at the Olympics in celebration, displayed at government buildings, or flown at a specific event or activity.

Flag Day isn’t a day or a call to worship the flag, but rather a time to be grateful for the freedoms we have in our country. It’s a birthday celebration on the day that heralded the display of unity.  When the Second Continental Congress adopted the starred-circle and striped US flag in 1777, it showed the 13 colonies as united in standing for freedom in a cause greater than the good of any one state.

Today, many security professionals say flying a flag outside a home discourages potential burglars who believe the homeowners would be prepared and willing to defend themselves. I can’t speak to the validity of that, but I’m grateful for the servicemembers who, under the banner of the US flag throughout the years, have ensured deterrence and defense for our nation and the people in it.

That doesn’t mean our country – like each of us – doesn’t have room to grow and build. And, individuals, both military and civilian, are needed to make that happen. We shouldn’t worship our country – or our flag – but we can celebrate the ideals of justice and liberty as we enjoy and live under the freedoms found here.

Although Betsy Ross has long been credited with the sewing of the US flag as well as ideas about its design, some debate has arisen to whether Francis Hopkinson, a New Jersey delegate and signer of the Declaration of Independence should get the credit for the design.

No matter who designed it or provided the stitchery for this symbol, we all bear responsibility for helping mend and strengthen the place we live.

In the library at our home, which is actually a sitting or reading room, a painting  “If My People” hangs. The print by Jack E. Dawson shows hands mending a tattered and torn flag. If you were to look closely at the artwork, you’d see a needle and thread being used to mend the Stars and Stripes.

Ultimately, the Creator of all is the One who can provide repairs needed to strengthen our nation. Only He – only God – can ensure that freedom is found not only in the land but also in our hearts.

You, my brothers and sisters, were called to be free. But do not use your freedom to indulge the flesh; rather, serve one another humbly in love. For the entire law is fulfilled in keeping this one command: “Love your neighbor as yourself.” Galatians 5:13-14 NIV

For a flag birthday activity, I hope you and your family enjoy this quick quiz (and yes, the answers are supplied for you).

Which President is credited with the flag’s official celebration?

The originator of the idea of an annual flag day worked in what profession?

Teachers have impacted our lives in many ways, and this is one of them. But although the so-called “Father of Flag Day” was once a teacher, he later became a dentist, and ultimately the President of the American Flag Day Association.

Bernard Cigrand, a teacher in a small town in Wisconsin, led his school in a birthday celebration for the flag in 1885.  The next year, he continued to promote a nationwide recognition through an article he wrote for a Chicago newspaper. It would be one of more than 2000 articles and speeches he would give about the flag, its proposed holiday and/or patriotism.

Who designed the 50-star flag?

For a history class project in 1958, high school student Bob Heft took apart his family’s 48-star flag and remade it with 50 stars believing Hawaii and Alaska would both become states. After both new states became part of the union, President Dwight D. Eisenhower announced the new flag would adopt the student’s design.

How many stripes are on the US flag?  How many are red?  White?

Thirteen alternating stripes are on the flag; seven are red and six are white.

Which two groups of people were authorized to salute the flag in 2013 based on an amendment to the Flag Code?

For many years, the US Code directed that uniformed servicemembers should face and salute the flag.  In 2013, the code was adapted to also allow servicemembers out of uniform as well as military veterans to render a salute if they choose. So, if you see men and women in a stadium or at an event saluting instead of putting their hands over their hearts, they are likely to be veterans or still serving on active duty.

Which three principles did a 1944 proclamation associate with the US flag?

When were the words “under God” included in the pledge?

In 1954, President Eisenhower signed into law the joint resolution to amend the pledge of allegiance to include “under God,” explaining, “In this way we are reaffirming the transcendence of religious faith in America’s heritage and future; in this way we shall constantly strengthen those spiritual weapons which forever will be our country’s most powerful resource, in peace or in war.”

Not to us, Lord, not to us but to your name be the glory, because of your love and faithfulness.

Why do the nations say, “Where is their God?”