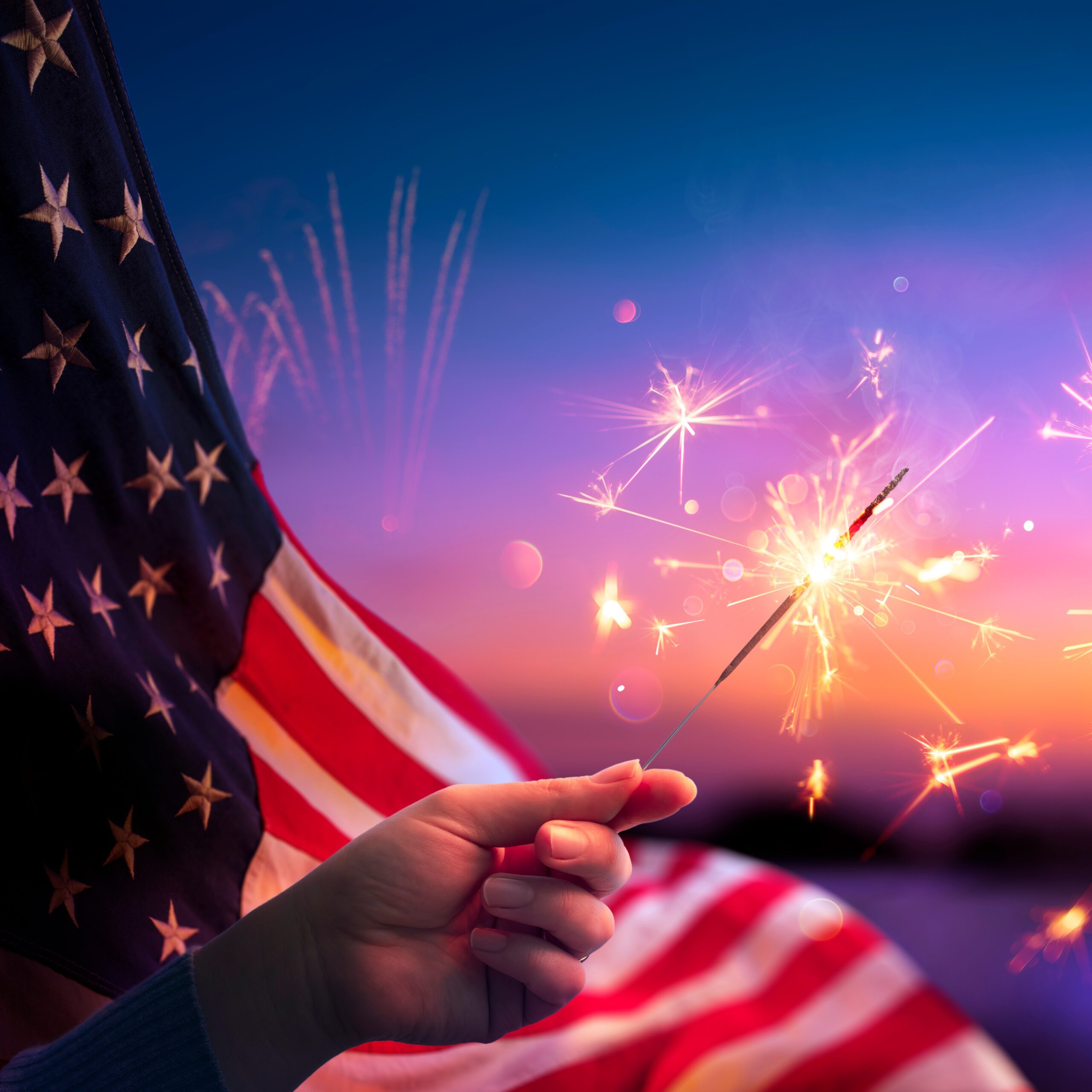 We don’t have to limit our celebration to the Fourth of July!  Celebrate freedom the entire weekend – and forever!

Lest we think differing opinions are new to our nation, it is interesting to note that our nation’s Founding Fathers even disagreed — over when to celebrate.

July 2 was the date the Continental Congress voted to separate from Great Britain, but July 4 is when they agreed to the final text of the Declaration of Independence.  And, that renowned document wasn’t signed until August!

John Adams maintained July 2 should be the day for celebration; but, as we all know, July 4 took the honor.  Thankfully it’s possible to celebrate freedom every day although we may put some extra fun and fireworks into the 4th!  My hometown’s “Thunder on the Mountain” is sited near the world’s largest iron ore statue.

No fireworks near you?  Watch or stream them.

To add to your Fourth of July celebration try these activities: solve this crossword puzzle; color some patriotic artwork; and take this Declaration of Independence quiz.

Psst…here’s a quick refresher on a few facts about the Fourth of July that rarely, if ever, enter our backyard cookout conversations:

For sure, the Declaration of Independence isn’t the only document that talks about life, liberty and happiness.  God’s Word, the Bible, tells of the true personal path of freedom that’s available to each of us.

In the book of John, Jesus reminds us that life – full and rewarding life on earth as well as eternal life – is available through Him.

I am the gate; whoever enters through me will be saved. They will come in and go out, and find pasture. The thief comes only to steal and kill and destroy; I have come that they may have life, and have it to the full. John 10:9-10 NIV

In society, the term liberty is thought of as being free without restrictions imposed by authority, and the ability to enjoy rights and privileges.  Through Christ, we find liberty that is far beyond anything government, societies, courts or individuals can grant.

Therefore, there is now no condemnation for those who are in Christ Jesus, because through Christ Jesus the law of the Spirit who gives life has set you free from the law of sin and death. For what the law was powerless to do because it was weakened by the flesh, God did by sending his own Son in the likeness of sinful flesh to be a sin offering. And so he condemned sin in the flesh, in order that the righteous requirement of the law might be fully met in us, who do not live according to the flesh but according to the Spirit. Romans 8:1-4 NIV

Trust in the Lord and do good; dwell in the land and enjoy safe pasture. Take delight in the Lord, and he will give you the desires of your heart. Psalm 37:3-4 NIV

God’s Word shows us what is best to pursue.

Flee the evil desires of youth and pursue righteousness, faith, love and peace, along with those who call on the Lord out of a pure heart. 2 Timothy 2:22 NIV

If it’s been a while since our last look at the Declaration of Independence, perhaps it’s time for a peek.  And, while we’re reading valuable documents, let’s open up the Bible to reread the story behind the greatest freedom we can ever have!

I will walk about in freedom, for I have sought out your precepts. I will speak of your statutes before kings and will not be put to shame, for I delight in your commands because I love them. Psalm 119:45-47 NIV